I have managed to get three books released since the end of Season 2! (Almost–my first book came out in late June, and the season ended in early July). But I am proud to share with you the third book in my gaslamp fantasy romance series, set in an alternate late Victorian Era with magic. 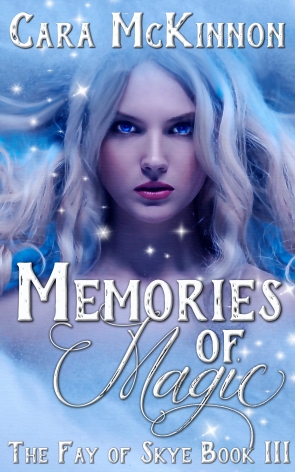 Her visions could save English magic…if he can teach her to control them.

Olivia Seward never developed the magic of her elder siblings, but now she’s plagued by visions of the past. Etta, Duchess of Fay, asks her to use those visions to discover the source of the drain on English magic. Unfortunately, the visions draw too deeply from Olivia, leaving her weak and vulnerable.

Savitendra Reilly, a half-Indian, half-Irish historian, is hired by the duchess to research the origins of the Aegis Spell, but it is the magic of his birthplace that Olivia needs to learn to control her visions.

The only problem: Savit is an ascetic, performing magic by honing his mind and ignoring the needs of the flesh. Olivia is a hedonist, and accesses her power through pleasure. And every time they do magic together, Savit’s desire for her grows.

If he succumbs to their mutual passion, he believes won’t be able to protect her from the ravages of her unpredictable gift. But Olivia is convinced the only way to access the truth of the past is to immerse themselves in each other–sharing bodies, minds, hearts, and souls.

ABOUT THE AUTHOR:
Cara McKinnon is the author of the Fay of Skye series. Cara wrote her first fantasy romance at the age of six about a unicorn couple that falls in love and has adventures (there is also pie). Now she can’t resist adding magic to everything she writes—including what would otherwise be classified as historical romance. Cara has a story in the anthology Crazy Little Spring Called Love and her MFA in Writing Popular Fiction from Seton Hill University. She lives in Western Maryland with her husband, two kids, and an oversized lapdog named Jake.

Outlander Season 4 Is Almost Here!November 4, 2018
Droughtlander is finally over!