If you were wondering why I haven’t been blogging much during Droughtlander, this is the reason! 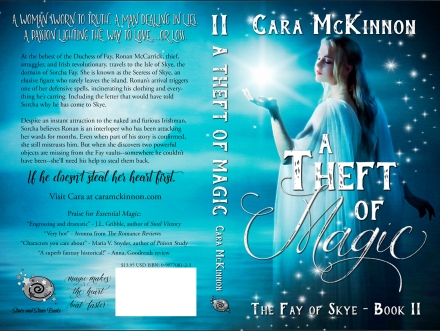 A Theft of Magic

The Fay of Skye – Book Two

A woman sworn to truth. A man who deals in lies. A passion lighting the way to love…or loss.

Sorcha Fay, known to the world as the reclusive Seeress of Skye, lives alone on the Fay clan properties in Scotland. Beneath the veneer of mystery is a lonely woman who has learned to live for duty.

Ronan McCarrick is a thief, smuggler, spy, and Irish republican. The new Duchess of Fay hires him to secretly retrieve some relics from the vault in Fay House on the Isle of Skye.

When Ronan arrives on the island, he stumbles into one of Sorcha’s wards and tries to free himself with magic. A defensive spell triggers, incinerating his clothing and everything he’s carrying—including the letter that would have told Sorcha why he’s come to Skye.

Despite an instant attraction to the naked and furious Irishman, Sorcha believes that Ronan is an interloper who has been attacking her wards for months. She binds his magic and puts him under a spell until she can find out the truth. But while she has him in custody, someone else steals the most powerful and dangerous artifacts in Clan Fay’s possession.

Now Sorcha needs Ronan’s help to steal them back. But the longer they’re together, the more she fears that what he’s stealing is her heart.

To get your copy of A Theft of Magic, visit any of these fine retailers:

I’m very excited to share this with all of you. And if you haven’t already started the series, the first book, Essential Magic, is available from a number of retailers, including Amazon. 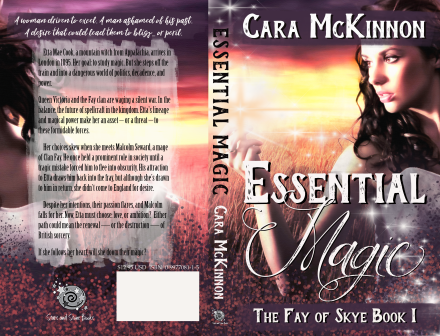 Outlander Season 4 Is Almost Here!November 4, 2018
Droughtlander is finally over!